What's in a Name? Tips for Naming Characters 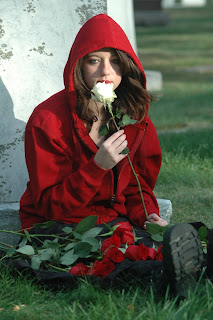 Shakespeare said, “A rose by any other name would smell as sweet” – but would a character by any other name still be the same person? Recently, I put out a call on the Darkride facebook page, asking readers to suggest a feminine, old fashioned name for a little girl character in Crossfire. Readers came through for me with dozens of suggestion, many sharing the names of their own aunts and grandmas and kids. It made me think about everything that goes into naming a character, so I came up with a list of things for writers to think about as we name the people in our stories:


Does the name fit the character’s personality?


Does the name fit the setting of the story? Is it appropriate to this particular time and place? To the culture the character was born in? You can find listings online of the most popular name for a certain year or place.


Will readers be able to pronounce it? Some readers are thrown out of a story if the names are too difficult to read. This can be a challenge in fantasy and scifi in particular. A hard to pronounce name may keep a reader from talking about your book with others, or even from bonding properly with a character.


Is the name too similar to other names in the story? Many readers suggested Emily as a name for my little girl character. I loved it, but it was too close to the name of my character Emmie! I try not to even have two characters whose names start with the same letter. I also double check that the name doesn’t rhyme or sound funny with other characters’ names. Having a serious scene between Pat and Matt could be a challenge!


Is the name too close to other well-known names in the genre? Bella is beautiful, for example, but too associated with Twilight. Readers suggested Caroline – another favorite name of mine – but because Caroline is a character on The Vampire Diaries, I crossed it off my list. I also check in with other writers I know before naming a major character, to make sure no one else has claimed that name for their hero or heroine, the same way I might check in with friends and family members before naming a new baby. Names aren’t copyrighted, of course, and with common names there’s bound to be some overlap between books, but writers are very attached to their characters’ names and I don’t want to step on my friends’ toes by taking a name they planned on using. I also don’t want any confusion for readers. If someone says she is Team Ander, I want it to be clear that she is talking about Darkride. Having too many characters with the same first name is like having too many Ellas in a kindergarten class.


Is it the name of someone I know? If it is, are the associations too strong? I need to be able to set that person aside and focus on the character.


What does the name mean? This one is very important to me. I have a shelf full of baby name books and I love to look up meanings. The right meaning can reinforce the theme of a book and reflect a character’s personality. A name with religious connotations – something like Grace, for example - might fit my new little girl character because several Darkride characters are named for Catholic saints and there are religious themes throughout the book. Readers also suggested a flower name like Poppy, Daisy or Lily, which made me think of the scene in Darkride when Cicely says that Ander finds cut flowers depressing. Rose, in particular, made me happy because there are several mentions of roses in Darkride – and in Romeo and Juliet, which plays a big role in the book. Having a name that echoes themes and symbols from other parts of the series makes the book feel more layered, even if I’m the only one who consciously makes the connection.


Keep a running list of names you like. Keep a notebook on hand to jot them down.


Collect baby name books. They’re easy to find at yard sales and thrift shops, and you can carry them with you and jot down notes in the margins.


Check out baby name sites, where you can search by culture, time period, meaning, etc.


Collect programs from concerts and performances. You should never borrow an entire first and last name combination exactly, of course, but you may find a great first name here, a great last name there. The program from my daughter’s middle school graduation has provided a lot of inspiration for names appropriate to YA!


Stick around for the credits. Movie credits are a goldmine of names. Pay special attention to the list of “set babies,” children born to the cast and crew during filming, to see what’s popular now. Also, many movie tech people use nicknames, which may get your imagination rolling! I always bring a notebook to the movies!


Play with names! Use a last name as a first name, use initials, change a spelling, give your character a nickname – and keep playing until it feels right. What’s in a name? Anything you want!

(Writers, do you have other tips on naming? I would love it if you would leave them in the comments!)
Posted by Laura Bradley Rede at 9:04 AM