Floating Stones: Are You Ready To Self Publish?

When people hear that my YA paranormal series The Darkride Chronicles is self published, they often ask if I think they should go indie, too. I answer with all the wisdom of Yoda, “Have you ever skipped a stone?” 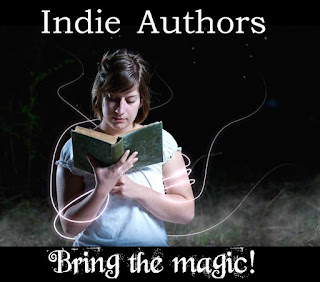 See, when you skip a stone, you try to make it bounce on the surface of the water as many times as possible without sinking. How successfully you do this depends on two things: choosing the right stone, and being able to twist your wrist just so. Indie publishing is just like that: The internet is a deep ocean that could easily swallow your book up, but if you choose the right book and are willing to learn a little technique to make it hit just right, you can keep it on the surface and in front of readers’ eyes. Here are a few signs that you’re up to the challenge:


1)      Your book is the best it can be.  Some people have the false impression that indie books don’t need to be as polished as traditional (trad) published books. Nothing could be further from the truth. Without a trad publisher to “vouch for” your work, it becomes even more important that your book stand on its own merits, with a strong story line and clean copy edits. Join a critique group, solicit the opinions of beta readers (who aren’t your family and close friends) and workshop your manuscript in writing classes. Then revise it until you can honestly say it is the best you can make it at this point. If you have been querying trad publishers or agents and getting rejections, take a look at why. If the writing isn’t up to snuff yet, work on it, but if agents request the manuscript on the strength of the writing but aren’t sure how to market it or where it will fit in to their line, you may have a good candidate for self publishing. (Bonus points if you have more than one book you are ready to publish, especially if the books are related. Being able to release a second book close on the heels of the first can help hold readers’ attention and Amazon algorithms favor authors with multiple titles. That’s good news if you have a backlist or several “trunk novels” that are truly publication-worthy, but don’t skimp on quality for quantity!)

2)      Your book is well suited to the indie market. Most self published books do best in ebook form and some types of books sell better as ebooks than others. In my experience, romance does well right now (romance and erotica readers were some of the first to embrace the ebook format). YA and paranormal have the advantage of a strong infrastructure of blogs to promote them. Look at what self-published books are selling well and think about how your book fits in. Your book doesn’t have to be just like everyone else’s – it should be unique – but it helps to know if it fits into an existing ebook trend or if you will have to trail blaze new terrain – and to ask yourself if you are ready for the work that entails.

3)      Your motivations are in the right place. If you are thinking of self publishing to get rich, think again. While some self publishing success stories have gotten a lot of well-deserved media attention lately, most indie books never make bank. You should also rethink your motives if you want to “stick it to the publishers” who rejected your manuscript, or any other negative motivations. If, however, you’re burning to share a story you believe in, or you want to build your readership, or you are excited to be part of an indie community of writers and readers revolutionizing the way books do business, your heart is in the right place.

4)      Your attitude towards indie is good. Ask yourself how you truly feel about self-publishing. If you see it as a “plan B” you are pursuing reluctantly, you may be better off continuing to pursue trad publishing. If you feel embarrassed to say that you are self publishing or see it as a failure, you may have an outdated view of self publishing as “vanity press” and need to get in touch with the dynamic phenomenon it has become. If you feel like self publishing is a lark and you’re just going to “throw your book out there and see what happens,” you probably won’t be willing to put in the work it takes to keep your book afloat. Likewise if you see self publishing simply as a means to getting the attention of a trad publisher: Yes, indie books are sometimes picked up by trad publishers, but they must be successful on their own first and the most successful indie authors are those who see self publishing as an end in itself and are proud to be in on the ground floor of the new publishing model.

5)      You’ve “friended” social media. Social media is the least expensive way to promote your book, but it won’t work to just hop on there and spam people with self promotion. You don’t have to do everything, but choose a few forms of social media you like best and start interacting with an eye to building relationships with other writers, bloggers, and readers. Provide useful, positive content. Reciprocate kindness. Play by the rules. Be genuine and professional. Create a web presence with a blog or website. It doesn’t have to be fancy, but it does have to be clean and clear and accessible. Successful indie authors see themselves as contributing members of a social media community.

6)      You’ve done your research. Learn all you can about self-publishing. Read blogs and articles, join groups of indie writers and readers. Knowledge is definitely power and it’s your responsibility to educate yourself. Although I have found other indie authors to be more than helpful, they are also busy writing books and can’t be expected to do any of the legwork for you. Google is your friend, so look it up! Indie helps those who help themselves.

7)      You’ve assembled your team. “Self” publishing is a misnomer; It takes a village to publish a book. Be realistic about what you can honestly do yourself, and be willing to hire professionals to do the rest. Hire a professional editor and proof reader. Hire a cover designer with experience. Hire someone to format your book for you, if you don’t have that skill yourself.  Consider these expenses an investment in your career and tell your team to hero up. (Check out my self publishing resources board on Pinterest to get a few starting places. Another great source of resources is the self-pubbing FAQ page on Tracey Garvis-Graves' site. Likewise the publising FAQ page on Jamie McGuire's site. Both are highly successful hybrid authors who started off indie and have since done trad publishing as well, so they truly know what they are talking about. )

If you’ve done all of the above, you may be ready to perform the ultimate trick and make your stone “float.” I wish you the very best with your book!
Posted by Laura Bradley Rede at 6:26 AM 1 comment:

A Little Bit of KISSING MIDNIGHT.

Here's a little excerpt from Kissing Midnight, my new paranormal romance, due out Fall of 2013. This is a phone conversation between our heroine, Saintly, and Dev, the guy she's agreed to go out with for the first time.

“Hey,” I say, “I was just wondering where we’re going tonight. You know, so I know what to wear.”
“Well…” Dev draws the word out playfully, “I thought it would be a surprise.”
I frown into the phone. “I’m actually not big on surprises. No offense.” Honestly, I’ve never been the most spontaneous person, but the last couple of years have made me cautious to the extreme, and after last night’s experience at the warehouse, I feel like I’ve had all the surprises I can handle.
“Oh,” he says, “I think you’ll like this one.
“Oh,” I say, “I’m sure I will, but, you know, I’m sort of more into schedules. Plans. Things that can be written on calendars.”
He laughs. “Okay, fine. On your calendar, please write…” He thinks a moment. “Write the sky’s the limit.”
“The sky’s the limit?”
“That’s what I said. Now see you at eight.”
Before I can stop him, he hangs up
Super. Now what am I supposed to wear? Does “the sky’s the limit” mean something fancy? I seriously hope not, but, judging by Dev’s clothes and his car, he doesn’t lack for cash. I take my favorite dress out of the closet. It’s a standard-issue LBD, the one I bought to wear under my robes at high school graduation. It’s nice, but not exciting. And what if it isn’t stylish enough? I Google “Sky’s the Limit” to make sure it’s not the name of a nightclub where my little black dress might look hopelessly old school – or hopelessly high school – but no names of clubs come up. Ditto for band names and movie titles, and I can’t say I’m surprised: Bands and movies seem a little obvious for Deveraux Renard. A little… tame.
A terrible thought comes to mind.
I call Dev.
“Hello, Saintly.” There’s a smile in his voice and a guitar solo wailing in the background. “I had a feeling you might call back. What’s up?”
“We aren’t going sky diving, are we?"
He bursts out laughing. “We aren’t what?”
“Sky diving! You know, leaping out of planes? Or hang gliding? Or… kite sailing?”
“What the hell is kite sailing?”
“I don’t actually know. But we’re not doing it, are we?”
He sighs dramatically. “If you don’t like flying, I’ll have to cancel the private jet.”
I roll my eyes at the phone. “I’m not kidding. And it isn’t flying I dislike, it’s falling.”
“Hmmm…” He lowers his voice. “But what if I told you, if you want to go out with me, you have to be willing to fall?”
My heart does something syncopated. Does he mean fall in love? A little nervous thrill trips down my spine.
But Dev is a player, I remind myself, and I’m not in a position to be played. Not with all I’ve been through.
I take a deep breath. “I guess I would say that I prefer to keep both feet on the ground. I would say I want to go out with you, but not enough to risk life and limb.” Not enough to risk my heart.
Dev’s voice is low and smooth, “What if I promise to make it worth the risk?”
I lower mine to match. “Tell me what we’re doing tonight.”
“It’s a secret.”
“I told you, I hate secrets.”
He chuckles darkly. “Then we’re not going to get along at all.”
Posted by Laura Bradley Rede at 2:02 PM 4 comments: