(I will be posting occasional Creature Features on this blog, highlighting the unusual creatures found at the Ozwald Heidegger School for the Cursed, the setting of my next YA novel, Touched.) 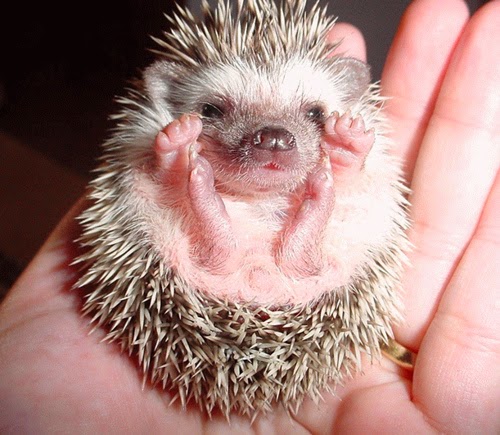 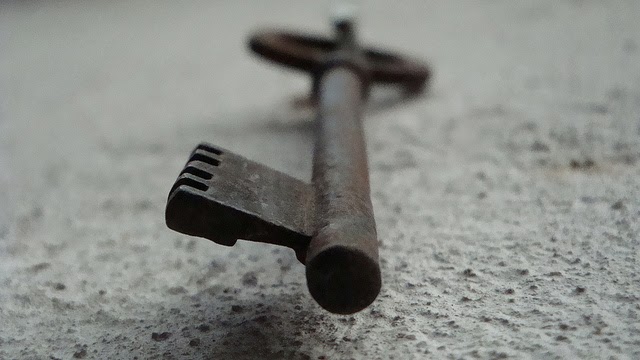 There are so many animals on the grounds of The Ozwald Heidegger School for the Cursed: mischievous jump-monkeys and adorable knuks, sweet-smelling stinky toads and dangerous mimicats, but the cutest of them all is the hitchog. In its natural form, this tiny creature resembles a hedgehog, with a spiky, spherical body, bright black eyes, and stubby little legs.
The hitchog, however, doesn't spend much time in its natural form. Its tiny legs aren't well suited to getting around, so when the hitchog wants to get somewhere, to find fresh foraging grounds, escape a predator, or even warm up on a cold winter's day, it relies on its ability to shape-shift so it can hitch a ride with a human being. The hitchog can take the form of any small, useful object it has seen: a pen knife, a coin, a bottle opener, even a bright earring or an interesting-looking rock. When a human comes along, the hitchog uses a mild charm spell (similar to the Look At Me charm) to attract the person's attention and make itself look desirable. Unless the human is on guard against charm spells, he will have the urge to scoop the object up, thinking he might have a use for it or planning to find its owner.


Once the hitchog is in the person's pocket, it uses a mild forget charm (similar to Out of Sight, Out of Mind) to make the person forget its there at all. When it arrives at a new location, the hitchog transforms back into its hedgehog form and leaps out, eager to explore. Often, the human is none the wiser for having given the hitchog a lift, but sometimes the hitchog's transformation can come as a shock. The person reaches into her pocket for that key, only to find a spiny little animal instead! Classes at Ozwald Heidegger are sometimes interrupted by a student yelping when something starts to move around in his backpack. Other times, students may drop the object before it has a chance to transform back into its hedgehog shape, never knowing what they carried. Student Miguel Arroyos reports "I once went to get my Creature Creation textbook out of the lost and found box and there were three baby hitchogs stuck in there! People had thought they were lost mittens or something. I just dumped them out in the garden. Startled the heck out of me."
But other than surprising the occasional student, hitchogs are really quite harmless. They forage for bugs, nuts and berries and generally keep to themselves, building little nests in the gaps of stone walls and the holes at the base of trees. They can even make themselves useful: If a student raises a hitchog as a pet, or if she has a particular talent for animal charming, she may be able to train the hitchog to shift forms on command. Student Suzanne Schwartzenberg says, "My hitchog Penny is the Swiss army knife of pets. I used to lock myself out of my dorm room every time I forgot my Knock Lock spell. Now Penny just takes her skeleton key form and I let myself right in. She's even working on a comb form, for those days when my hair won't behave. But don't use a hitchie as a toothbrush. I hear they taste like dirt."
Need to know if the object you've found is really a hitchog? Look for these tell-tale signs! 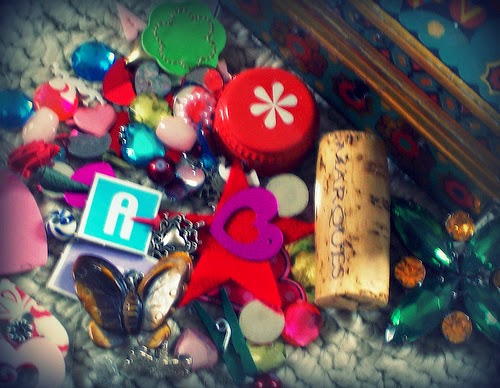 1) Temperature. Hitchogs run hot. Is the coin you picked up warm, even on a cold day? It may be a hitchog who transformed as you approached.

2) Details. Not all hitchogs are expert mimics. Unless they have seen an object often and up close, they may not get the details right. Does the face on that dollar look "off"? Is the logo on that wallet not quite right? It might be a knock-off - or it might be a hitchog. 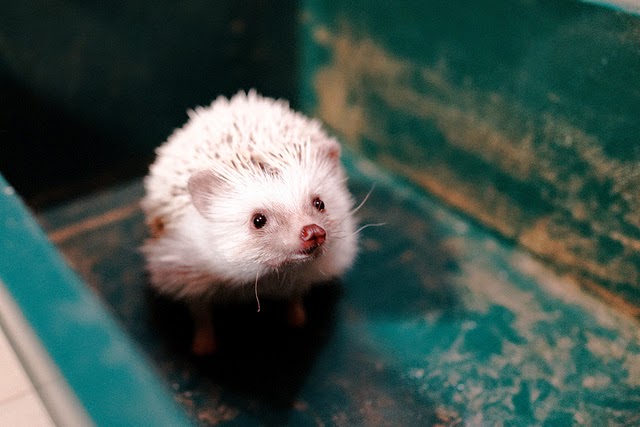 3) Function. Hitchogs can imitate form, but they can't do complex functions. If that cell phone won't call, it might be out of power, or it might be a spiny little animal.

4) Sudden Disappearance. You often don't know an object is a hitchog until it disappears. If you swear you picked up that pretty rock but now it's not in your pocket, it may be a hitchog who bailed. One sure sign? A hole in your pocket. You may assume the rock just fell out, but in reality it was a hitchog who chewed her way out of your pants. Take a look around and you just may spot this clever little hitchhiker of the wild!

Think you may have picked up a hitchog? Wish you had one as a pet? Leave me a comment! I'd love to hear about it!

Posted by Laura Bradley Rede at 10:36 AM