About Darkride (book one of The Darkride Chronicles): 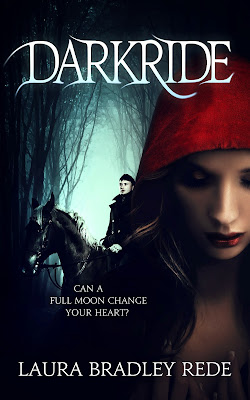 Ander McNair used to be the favorite son of a great monster-hunting family – until he was bitten by a werewolf and the hunter became the hunted. Now anything that makes his pulse race, even a kiss from his girlfriend Cicely, is enough to turn him into a monster. When he finally has his chance to earn his cure by killing a vampire prince, Ander finds he has to choose between his own past and the future of the girl he loves. Can a guy who’s not even human learn what it means to be a man?

Luke Marianez used to be an immortal vampire prince – until the witch he loved betrayed him and cursed him with the ability to die. Now he lives in the world of vampire blood bars where the waitresses are the drinks, and dreams about killing the last of the witch’s line so he can live forever. But revenge doesn’t just mean breaking the curse. He wants to break the girl's heart, too.  Can Luke seduce Cicely without falling in love himself?

Cicely Watson doesn’t believe in werewolves or vampires. She’s not even sure she believes in true love. But she’s about to discover what every werewolf knows:


SAMPLE of CHAPTER ONE:

(To read more, buy Darkride on Amazon in paperback or for your kindle, on Barnes & Noble for your Nook, or on Smashwords for other devices. Thanks!)